ALL CHURCH ACTIVITIES ARE SUSPENDED UNTIL FURTHER NOTICE

The last concert in our annual concert series is cancelled. The series is scheduled to resume in September, 2020

SINGING OPPORTUNITY. If you like to sing, please let James know. We are currently having solos, duets and trios sing at various services. If you play an instrument, please let us know too. We'd love to have some solo instruments play in services.

See our calendar for details on our current Concert Series. Here's a video of one of our concerts from the 2018/2019 series: Pastyme with Good Companye and below are videos from our September 8, 2019 concert.

Our Altar Guild is, among other things, responsible for maintaining all the elements that one sees up front at the altar, from the elements for Communion to the candles, cloths (in the right color) and the flowers. During the service we have altar boys and girls that assist as needed. We also have an officiant who helps keep the service on track and leads the prayers of the people as well as assisting during the service. 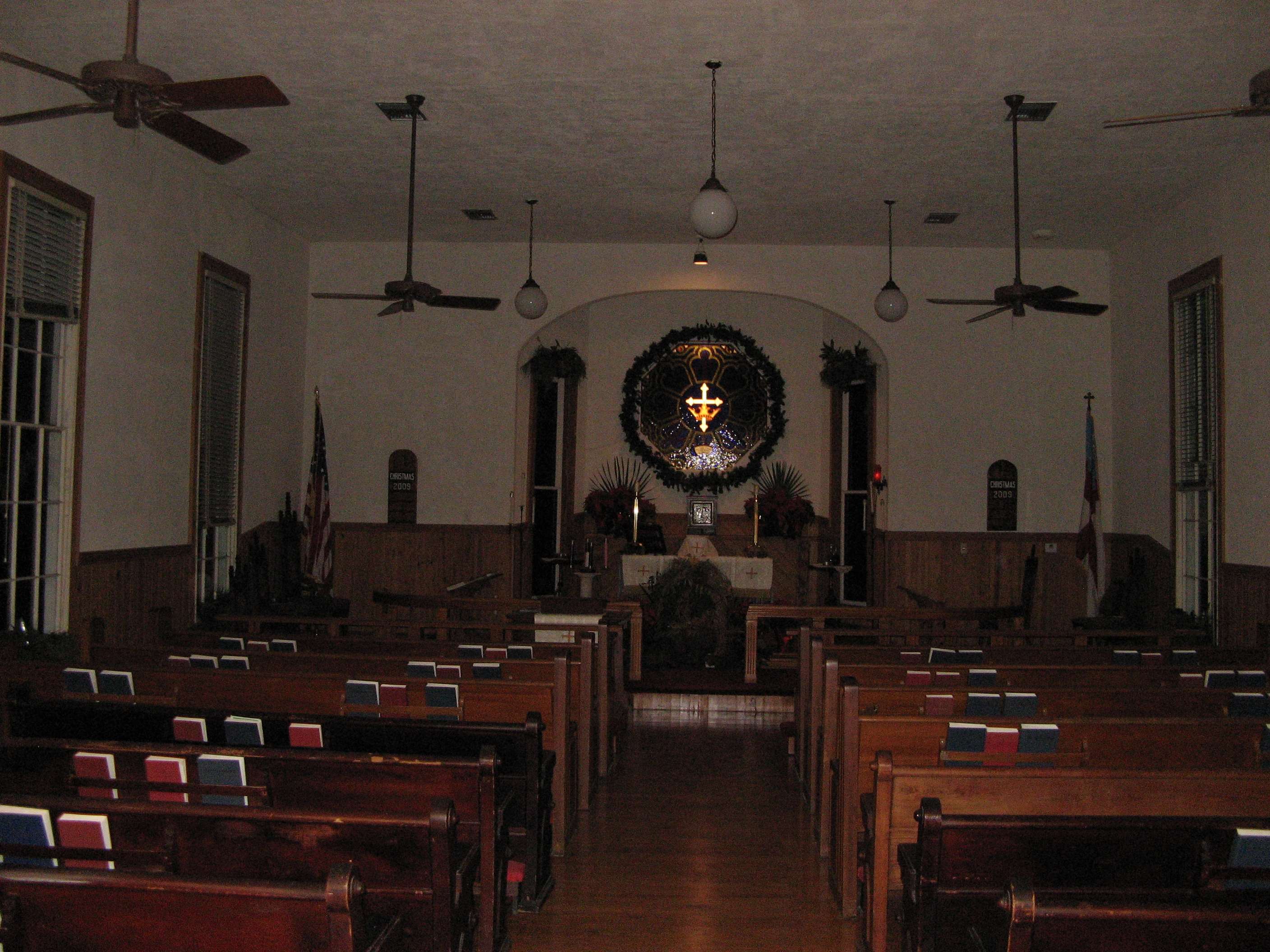 Our music ministry uses a variety of musical styles, from Anglican and Gregorian chant to European hymnody, American Gospel music, spirituals and contemporary praise and worship music. While we do lean toward the traditional side of things, there is a definite variety each week.
Our music director is James Gilbert. (Read more about James). Depending on what is appropriate for any given piece of music, he will accompany the congregation on organ or piano as well as provide pre-service music and solo organ or piano music during the service. Many of the solo selections and hymn accompaniments he plays were written by him. During Lent we often sing a setting of the Nicene Creed (Credo) that he wrote.
We frequently have guest musicians show up and play or sing. These have ranged from Baroque style recorders, a bass flute (when's the last time you heard one of those?), flute, vocalists and more.
We sponsor an annual concert series. Recent programs have ranged from music from films and TV played on piano, theater organ Christmas selections, Organ-Voice-Brass, shape-note singing and Brass ensembles.

Music in a typical church service

Our services lean toward the traditional. However, the music consists of a wide variety of styles. We usually sing 5 hymns and usually all verses. We use the Episcopal Hymnal and the Lift Every Voice and Sing, part 2 songbook. We also pick material from Baptist, Methodist and non-denominational hymns and we even sing music from typical praise and worship services. There are also several short pieces called Service Music that the congregation sings, usually as a response to some other element of the service. These range in style from Renaissance to contemporary in style. Our organist plays solo instrumental music, either on organ or piano, before the service starts, during communion and as a postlude while people leave.
We frequently have guest artists who sing vocal solos or play instrumental solos at different parts of the service. We are always looking for people to sing or play in church services as well as perform at one of our concert series events. Please contact us and we'll get you scheduled as soon as we can

The organ is a Viscount organ that is attached via MIDI to an Ahlborn external organ module and a Korg orchesteral sound module. The majority of the organ was installed in 2013, but the console was replaced temporarily in late 2015 and updated in late 2016. The building is too small to house a pipe organ that would meet the church's need so the organ has to be an electronic organ. We have an antiphonal speaker setup with speakers in the back (where the organ is) and the front (hidden under the arches). We also have a sub-woofer that very faithfully reproduces the low rumble often associated with organs. In addition to very traditional organ sounds, we can also produce orchestral sounds - flutes, strings, brass, percussion, etc - and frequently do. The organ can also be recorded in a way similar to how old player pianos worked. This allows James to record himself and play along on the piano. And because the 'recording' is not an audio recording, he can speed up or slow down the 'recording' as needed. We also have outdoor speakers that allow us to use it when we have special services or parts of services outside (like Palm Sunday).
The Piano is a small Kawai grand piano purchased in November 2007. It replaced a tall, true upright piano that was build in 1903. That piano now resides in Ryan Hall. The piano is used most every Sunday along with the organ during worship services. James also uses it during the week to teach many students from the community, including as far away as Gainesville, Ocala and Lake City. During the Fall Festival we have hooked it up (via microphones) (as well as the organ) to the outdoor speakers so we can provide entertainment to the thousands of visitors that line Cholokka Blvd.

About our Music Director